The latest forecast from eMarketer has some surprising news. According to the forecast, online YouTube and video ads spending will reach over 27 billion dollars for 2018, which is a quarter of all digital advertising in the United States.

These video ads will make up 30 percent of Facebook’s ad revenues and more than 50 percent for Snapchat and Twitter revenues. According to the forecast, these are the ad revenues of the top company:

The forecast predicts that Facebook (and Instagram) will have nearly 25% of all the video ad spending in the US this year. Also, Facebook controls 87% of US video ad spending for all social media sites. (Note, YouTube is not considered a social media site). Furthermore, the forecast predicts that Facebook’s ad revenue will gain “double digit growth through 2020”.

Snapchat gets 60% of its ad revenue from videos and Twitter gets 55% from video ads. 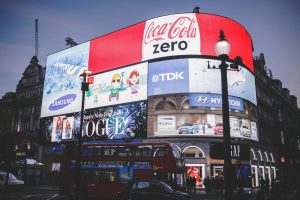 It seems odd that Facebook, according to the forecast, has nearly double the amount of video ad revenue as YouTube. This is because eMarketer’s forecast is based on net, not gross, ad revenue. YouTube uses a good portion of revenue to pay for traffic acquisition. So, this explains the seemingly strange numbers. If we were speaking in terms of gross revenues, YouTube would likely be much larger than Facebook. Even Wall Street has suggested that total ad revenues for the company would be as much as $15 billion.

Marketing has always used video ads. Also, This forecast shows the growth of these digital video ads and proves their effectiveness. It also shows that the consumers are spending more time on OTT services rather than tradition TV.

Get Help with your Video Ads Today

Next post
Startup Marketing | Top Tips for a Successful Business

When investing in your...

Did you know: Google’s Adwords...

Social Media Tips for Healthcare Professionals to Grow Your Practice

Here’s How to Have a Successful Medical Spa | 10 Steps